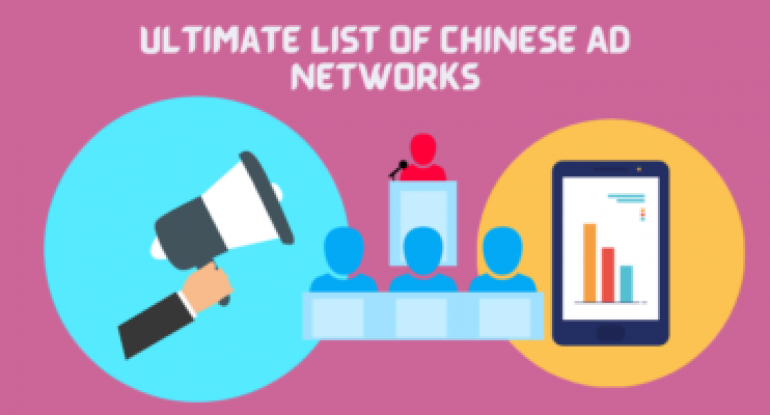 Today, China is recognized as one of the engine rooms in the development and operation of mobile app advertisers and developers.

This recognition is a prove of various app stores that deal specifically with app genres like (games, utilities, business, or other related user-friendly apps) aimed at reaching as many people as possible.

It is no longer news that over 500 million smartphones are credited to their name as owners.

Despite this high recognition, there are pockets of problems being experienced by app advertisers and developers.

Baidu and Qihoo 360 breakthrough is faced with a daunting task despite having a huge 461 million visitors across its platforms due to the policy that they must be answerable to the largest channels in China before their recognition will be felt worldwide.

Their revenue is also affected due to the revenue-sharing formula imposed on them.

As society advanced with demand, so did the growing need for the services of an advertiser. Therefore, Chinese Mobile advertising networks today are indeed worth dealing it.

Records available show that Chinese mobile advertising establishments are progressively fetching major players internationally, such as Mobvista and Avazu having offices in the US, Europe, and other places.

This article will help identify a list of some of the key Chinese mobile ad networks, certainly, this will go a long way to help app advertisers, app developers, and other parties interested to further develop on the existing ones.

App developers can use banners, rich media, and text ad formats across their mobile ad campaigns. Advertisers on the other hand can run their campaigns across the network which can be targeted by OS, region, device, and more. Data reporting is available, in addition to real-time customer service.

Is one of the Chinese mobile advertising and game publishing that came into existence in 2013. As an affiliate network, Mobvista ad services cut across over 236 countries recording more than 5 billion ad impressions daily.

In fact, CPA, and CPI offers are overwhelmed with technical managers available to serve the needs of customers who may need assistance. Mobvista has a 5% reward commission for any advertiser and developer who could refer a sub-affiliate.

This mobile advertising company came into being in 2009 with established offices in the US, Japan, Brazil, and China.

As a mobile advertiser, its ads go viral with much attention received from many users on the network like social media marketing and the use of Google AdWords.

YeahMobi uses big data analytics and their publishers to work out where advertisers’ ads should be displayed. App developers come with over 5,000 offers. Needless to YeahMobi to use SDK to succeed.

This ad network was initiated in 2010. Upon its conception, it has incorporated with other networks like AdMob Ad Network Mediation giving developers a chance and room to not only associate with other local ad networks within China but also to generate traffic for conversion. Custom targeting is also a top priority for all ad campaigns with data analysis that allows for optimization.

Over 12 years in existence and situated in Shanghai, Avazu Mobile avails developers and publishers the opportunity to fashion out new apps and mobile websites with access to global advertisers to monetize their products.

With over 100 ad networks that are partners and are always willing to offer the needed intercession services needed to further deliver added fill-rate across our area of coverage and beyond.  We are at your service in case you need assistance all day and night.

Also considered one of the leading mobile ad networks in China, this ad network was established in 2010 and has succeeded in serving more than 3,000 and 5,000 branding ads and performance ads in China respectively.

As one of the leading ad networks, Adwo does splash out $20k weekly to their topmost developers on the network.

This act encourages app developers to further partner and subscribe to Adwo services while using a free fully-managed service that connects with over 100 Chinese local Android markets. With Adwo, advertisers are at their liberty to set their own advertising financial plan using either CPC or CPM models.

This is also a Chinese mobile ad network that was founded in 2006. This company boasts 250 staff with its offices located in Beijing, Guangzhou, Bangalore, Mumbai, and New Delhi.

This method or means of advertising is used by many advertisers to influence cross-media acquisitions, own campaigns, and on-pack promotions.

Seen as one of the Chinese mobile advertising networks, AirAd has wide network coverage of users boasting over 800 million Chinese smartphones.

A significant conversation rate of this ad network is traced from Hong Kong, Taiwan, and Macao regions which explains the high number of users coming from these regions.

With AirAd, your campaigns can be monitored and tracked. This Chinese mobile advertising network uses SDK and other high-tech-related tools.

One of the mega mobile advertising networks in China is Casee. Found in 2006, Casee head office is located in Shanghai.

You can grow your business fan base with Casee using a mobile network. With the use of the Casee mobile advertising network, advertisers and publishers have the capacity/ability not just to target but also to personalize their advertising through cities, phone models, phone brand user behavior, and more. Casee ad network is instrumental, for it has run over 3 billion ad impressions in the past 6 months.

GuoheAD is one of the Chinese networks that is renowned especially in the area of billboard ads. The Beijing-based mobile ad brought about the idea of billboards into the mobile ad industry.

This innovation is timely; it has helped in doing away with the act of customers feeling disturbed when using their apps with other engagements.

App developers with GuoheAD have the ability to use HTML5 campaigns for additional monetization options. This platform also integrates with AdMob, iAd, AdTouch, Baidu, and more.

This platform is superb considering the over 30 billion page views it has access to while over 486 million online visitors can be reached with 249 million mobile internet users having access to AdChina monthly.

Founded in April 2007, AdChina has a coverage that can link advertisers with publishers and delivers campaigns across many different ad formats and devices.

AdChina has some specific features like the AdChina Demand Platform, which is for advertisers, and the AdChina Supply Platform is for online and mobile publishers. Enjoy real-time statistics and customized targeting options with AdChina.

This is another Chinese mobile ad network established with the sole aim of facilitating mobile advertisers and publishers with the necessary high-tech tools to grow their audience and monetize their products.

App developers and mobile web owners can monetize their web traffic through simple integration. With Wooboo, app developers can be able to track their campaigns using real-time reporting.

Advertisers offered a range of targeting options and a variety of ad formats. Cross-promotion services are also

available to both developers and publishers.

The list of Chinese mobile ad networks is endless, though few identified and discussed here explain the growing selection of ad networks for app developers and app advertisers in China.

Do yourself good to give them a trial to know the ones that fit your purpose or not. No doubt, despite their overwhelming high-tech tools to aid both publishers and advertisers to run campaigns with ease, there are also some pockets of challenges.

We hope this list helps those that attempt to navigate this difficult sector of the mobile advertising industry.