How to increase Ad Viewability rate 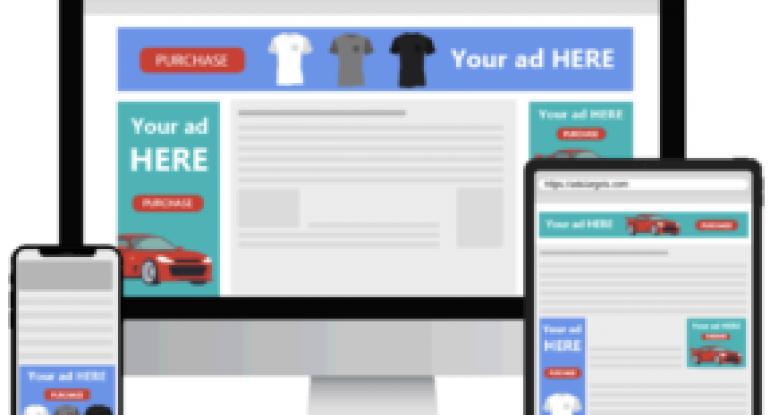 Ad viability is a serious topic for both advertisers and publishers across the advertising industry. It is estimated that the average ad view for an average publisher is about 50.2%. This means about 49.8% of the ad placement on web pages or mobile devices are not seen.

Usually, most of these ads are not seen by visitors because of several reasons. Reasons such are the ad placement and ad type, positioning on the webpage or mobile device among other factors hinder or reduce ads to be viewed.

This has serious consequences for publishers as it has a significant impact on their ad revenue. Also, Since Google consider Ad viability as a performance evaluation factor, Publishers need to take it seriously and do everything necessary to increase ad viability.

What is Ad Viewability?

This is simply the actual amount or the actual percentage of people that actually view your ads either on a webpage or mobile devices while visiting your pages.

The chances of these Ads to be seen vary based on several factors. For instance, Ads that are displayed on the top of the page (Above the fold) are more likely to be seen than the ads displayed at the bottom of the webpage (below the fold).

When publishers have high viewability rate, they have the advantage of bidding for higher ad rates since their content is considered high-value inventory which increases advertisers ads the chances of been seen by the publisher’s visitors.

How to measure ad viewability?

Understanding and tracking your Ad viewability as an advertiser has a lot of benefits. One of the benefits is that, it helps you make a better decision about your ad campaign.

The fact is that, more than 65% of advertisers loss big time on their ad campaign because their ads are not seen.

So, it makes sense if advertisers can track their ad viewability and this is how.

How to measure ad viewability: Google considers A display ad viewable if the ad is viewed 50% for at least a minimum of 1 second and 2 seconds for video ads. Similarly, video ads that are viewed 50% playing for two seconds are considered viewable.

How to increase ad view rate?

Here are ways a publisher can increase their viewability rate and their ad revenue.

Place the ads in the right position, sizes and layouts

The combination of the position and size simply makes viewability increase by 25% to 40%. Another Ad formats such as vertical ads, sticky ads are known to also increase the viewability of ads because of their size. They stick on as the user scrolls down increasing their viewability.

One of the things that prevent your ads from been viewed is the page load time (Page speed). It is important to make sure your pages are loading as fast as possible.

This will help reduce the bounce rate on your website and improve your ad viewability score. When your pages take too long to load complete content including your ads which cause your visitors to leave before the ads are displayed.

Here are some few things you can do to improve your page load speed.

#1. Use Google page insight to test your site speed to see the problems and fix them as recommended by Google Speed insight tool. Once you improve your page speed, you will definitely increase your ad view rate.

#3. Use the lazyload function. Display your content to your visitors only when it’s in their viewpoint. This will help increase viewability by decreasing the number of impressions served out of your visitor’s viewpoint.

Mobile has became a big thing since 2015 when mobile search surpasses desktop. Google lay much emphasises on mobile as the number of mobile activity increase day by day.

Making sure your mobile pages display as fast as possible will have a great impact on your viewability and ad revenue. Apart from that, placing the right ads to fit mobile screens will go a long way in increasing ad view rate.

Here is how you can optimise viewability on mobile.

#1. Place 320×50 ad units with 320×100 unit size. This is considered a large banner for mobile devices and perform best when placed above the fold on the mobile device. Optimising ads on different mobile devices prove to have a significant improvement in your ad views.

#2. Place 300×250 ad unit to the mobile website. This is one of the most popular mobile ad sizes and it always has a 100% fillrate since most advertisers and publishers prefer it.

The best place to place 300×250 on mobile devices is below the fold as it has already proven to have high viewability rate.

Viewability rate also varies across industries. This is because of content verticals or content that have the interest of most users. This means that publishers should consider creating content or placing ads that are related to industries with higher viewability rate.

Taking the necessary steps to increase ad viewability as a publisher will do a lot of good for your ad revenue. Even though this tactc is not targeted at making more money displaying ads, it will make sure you utilise your ad inventory to the fullest.

Sometimes it might require changing a lot on your website and also testing various ad sizes and ad positions to optimise your viewability potentials. In some case it involves fixing lags or page-level issues that often cause latency, and lastly, optimizing the site by A/B testing or a complete design overhaul.

Lastly, if you are a publisher who have experience high viewability rate, please let us know your best practices so we can let us know in the comment section to help other publishers.