Important Twitter Stats Advertisers Should Pay Attention To In 2022 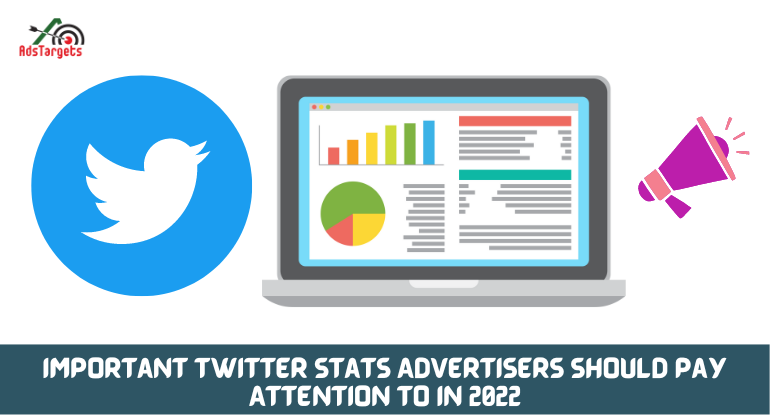 Twitter’s user count is expected to grow upwards of 345.3 million in 2022. In 2020, eMarketer predicted that Twitter would witness a 2.8% growth, but the pandemic changed everything.

So in October, they revised their 2020 forecast to a growth of 8.4%—a considerable increase from their original forecast.

Essential Twitter stats and trends would show you the trending topics at the moment and the number of engagements each trend gets.

Advertisers must get familiar with all the most important and up-to-date Twitter statistics, to help plan a Twitter strategy that works for their brands.

As this information will help to improve your content and enhance your engagement.

Knowing Twitter analytics allows advertisers have a better idea of their follower`s demographics which in turn help them to conduct an effective Twitter campaign that resonates with their audience.

In this article, we’re going to look at the essential Twitter stats and trends that can benefit advertisers.

We would take a look at Twitter trends that are making waves in social media marketing in 2022 under this section.

#2. In the last reported quarter, the number of global monetizable daily active users (mDAU) on Twitter amounted to 229 million users, up from 217 million mDAU in the previous quarter.

#4. Twitter reached $1.57 billion in revenue for the quarter, with ad revenue at $1.41 billion, dominating its income. But the lack of growth among its US audiences remains an issue, with Twitter gaining momentum in India and Asia, which have thus far been lower-earning regions for the company.

#5. Advertisers could reach 465.1 million users on Twitter in April 2022, placing it 14th in our ranking of the world’s most ‘active’ social media platforms.

#6. Twitter is more popular with millennials than Gen-Z: In 2022, Millennials will be aged 26-41, so craft your content carefully to resonate with the interests and needs of this age group.

More Twitter Statistics and Trends that Matter to Advertisers

In this section, we would touch on the following:

According to data published in the company’s most recent investor earnings report shows that Twitter has a total of 229 million monetizable daily active users around the world in April 2022.

As of April 2022, former U.S. President Barack Obama was the most followed person on Twitter. His account was followed by over 131 million people.

According to Forbes, Twitter has experienced a steady decline in popularity from 2012-2018 (Forbes, 2019). It is down more than 100 million users who tweet daily and down almost 200 million daily tweets while no new users have been recorded.

In response to the steep decline, Twitter is ditching the monthly active user metric and is moving towards monetizable daily active users (mDAU) count to better measure the number of users for advertisers (The Verge, 2019).

Leading countries based on the number of Twitter users as of January 2022 (in millions) saw the United States with an audience reach of 76.9 million users.

Japan and India are positioned at second and third with more than 58 and 23.6 million users respectively.

At the fifth position, Numbers published that Twitter’s had 19.05 million users in Brazil in early 2022.

Who Has The Most Popular Tweet Of All Time?

Though Twitter does not provide a full official list, news and mainstream media often cover the topic. As of June 2022, the most-liked tweet has over 7 million likes and was tweeted from the account of American actor Chadwick Boseman, announcing his death from cancer.

Until this period, A tweet from a Japanese billionaire named Yusaku Maezawa was the most retweeted post of all time (Brandwatch, 2020).

The entrepreneur offered one million yen ($910,400) each to 100 randomly selected individuals who retweeted the post and followed his account—to celebrate the bumper sales of his clothing line (Zozo) over the holidays.

Before his rise to Twitter-dom, the top spot on the ranking was a special reserve for Carter Wilkerson, who asked fast-food chain Wendy’s for free chicken nuggets in exchange for retweets

As of April 2022, the social networking platform Twitter was more likely to be used by men. 28.8% of Twitter’s global users are female while the male users are 71.2%.

Today, men dominate lists of influential Twitter users, and recent analyses using the tool Twee-Q suggest that they are approximately twice as likely to be retweeted as women are.

Demographically, this group is largely defined by its age. Around six-in-ten infrequent tweeters are aged 30 to 49 – nearly double the share among more active tweeters.

Contrastively, adults under 30 accounts for just 14% of lurkers but makeup 41% of more active users.

#4. People who use Twitter mostly have a college degree or more (33%.)

#6. Entertainment is the most important reason people use Twitter

#10. Replies make up the largest share of lurkers’ tweets. Replies to other users are the most common type of tweet by infrequent tweeters.

They account for roughly half (51%) of lurkers’ tweets, compared with 30% of those from more frequent tweeters.

At the same time, 30% of consumers want to see brands using Twitter more.

Twitter gives advertisers the perfect platform to connect with their audience and build a community.

64% of respondents said that brands should continue advertising their products as normal, while 51% of them said that this content helped give them a sense of normality in their own lives.

However, a huge 93% of respondents agreed that the tone needs to change, which means that as an advertiser you need to find a way to operate in this new atmosphere

#3. The total number of users that advertisers can reach with ads on Twitter increased by roughly 29 million (+6.6%) in the three months leading up to April 2022.

These latest figures indicate that roughly 5.9% of all the people on Earth use Twitter today.

#4. 79% of Twitter Users Follow Brands: Before now a lot of people held the view that Twitter users are only there to follow family and friends. However, I hate to burst your bubble that 79% of users follow brands to see their latest updates.

The reality is, that many brands provide informative and entertaining content and their fans love to support them by following and engaging.

#5. Twitter Drives a 40% Greater ROI Than Other Social Channels: When it comes to business, you always would want to get more results for your efforts.

If you’re going to invest time and energy into something, you’ll want to see a return on that investment. Twitter states that its platform drives a 40% greater ROI than the other social channels available today.

#7. Total ad engagements decreased 12% due to a mix shift toward lower funnel ad formats and 15-second video views, which, although they have a higher cost per engagement (CPE), generally have lower engagement rates.

Cost per engagement (CPE) increased 39% year over year according to official Q4 2021 reports.

#7. Brands Are 2.3x More Likely to Reach KPIs (key performance) if Marketing Launches on Twitter: If you have a new product launch waiting in stores, Twitter doesn’t want you to neglect its platform.

Their data shows brands are 2.3x more likely to reach their KPIs (key performance indicators) when they launch new products on the platform.

It’s worth testing to see if that rings true for your business.

Consequently, 69% of Twitter users claim to have bought from Small and medium-sized enterprises whose content they saw on the platform.

#10. Around the same number of people also use instant messaging and live chatbots to conduct research online.

For advertisers, this means that you need to keep your brand account up to date.

#11. Ads on Twitter get into people’s heads: Hundreds of millions of people use Twitter to discover what’s happening in the world. Twitter Ads can help you connect with them and achieve meaningful results.

26% of people spend more time looking at ads on Twitter vs. other leading platforms. Does this mean that ads on Twitter come across as organic posts and people aren’t aware they’re reading an ad?

From these key Twitter statistics, it’s clear that the platform could play a vital role in advertisers’ marketing strategies.

Time is of the essence, this means that as advertisers, you need to be smart about where you’re investing your energy and resources.

Use these Twitter statistics and trends to determine if it’s a worthwhile platform for your brand to commit resources to in 2022.

Having this knowledge allows advertisers to determine if it’s where they want their brand to be online. 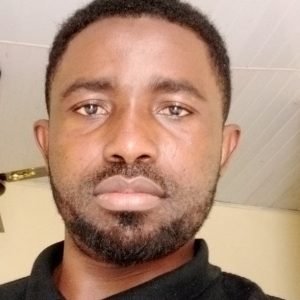