Native Ads vs Display Ads – Which Is Better For Publishers 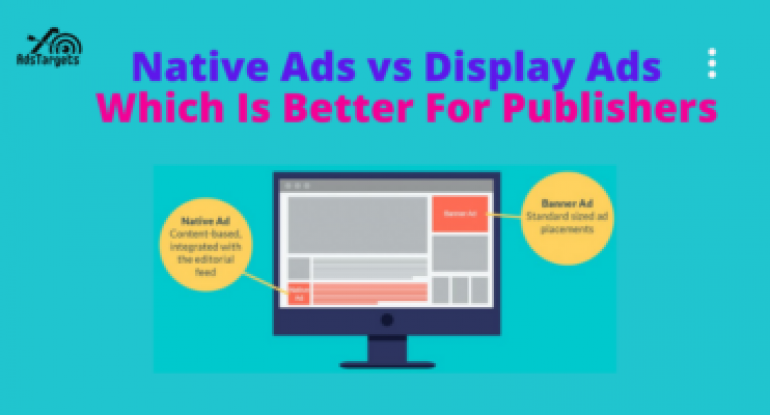 With the advent of digital media, in addition to the classic and well-known formats (TV, radio, print, billboards, dynamic, special) have been added the formats of Online Advertising; which is why today we’re going to analyze the feud: native ads vs display ads.

In the early days were the banners, the first true form of Display Advertising, placed in the header, footer, sidebar or in the middle of the web page, replicated the concept of advertising on the print page.

Over the years, this type of online advertising has undergone a real transformation and diversified into many ad formats, creativity and positioning up to the total saturation of every possible space on the web.

With the spread of Social Networks and the consumption of Online Video and Big Data, Display Advertising seems to come back to life, generating new opportunities for brands.

The use of mobile devices is no longer to be understood only as “use on the move” because mobile is now increasingly the “personal computer” and is used not only outside, but also at home.

This data and the spread of Social Networks, has increasingly verticalized the experience of use by the user who uses most of the time a vertical screen format in a context-focused exclusively on content.

Photos, videos, articles are filtered by a sort of social supervisor who selects and proposes what our connections consider interesting.

In this article we will analyze the rivalry between native ads and display ads and which of these forms of advertising is best suited to publishers, mainly highlighting their definitions and making some considerations on the latter.

So let’s not waste any more time, let’s start now!

Display advertising uses commercial spaces on a content page to promote a product or service.
This advertising technique differs from Pay per Click because it also uses the graphic element.

In essence, the company buys the space of one or more pages belonging to a “circuit” of sites and, in the acquired spaces, it will be able to show the user its own advertisement.

That said, this model is very reminiscent of the presence of large billboards along state roads… but, in reality, in Display Advertising, there is much more, a bit of “Google magic”.

And it’s not even the “colour version” of keyword advertising campaigns, because the dynamics behind this form of online advertising are different.

The search engine, in fact, does not show ads randomly in the spaces purchased by the advertiser, but only shows ads relevant to the searches made by the user and in line with the history of its displayed pages.

Native advertising, which can be freely translated into “advertising within an organic and trustworthy context“, is a form of advertising for both online and print media, whose advertisements differ little from the original editorial content.

In this way, readers’ attention is gained without the advertising being perceived as annoying and intrusive.

Ideally, users do not even notice that they are reading advertising content.
The advertising media and content are therefore placed in a context that seems natural, mainly editorial.

We also often talk about context-adapted advertising because the content adapts, at best, to the environment in which it is placed.
Both the design of the platform and the behaviour expected from users are in the foreground and should, at best, adapt or target them.

The particularity of this form of advertising is the conscious fusion of the publisher’s true contents and the advertiser’s advertising.

The transition from advertising to original website content should be smooth because the user experience on the platform should always remain the same.

Similar to content marketing, the user is in the foreground and the content should address their needs.

The Critical Points Of Display Advertising

The new possibilities and the greed of brands anxious to hit the largest possible audience, has led to the development of increasingly invasive advertising formats that are gradually penalizing the very result of investments in online advertising.

The biggest problems revolve around aspects such as:

Consumers have less and less time available (fragmented among a thousand devices) and thousands of advertisements are increasingly bombarded.

This leads to an attention deficit and a kind of immunization towards the ads themselves.

To save time, the user avoids the areas of the web pages where the advertisement is normally placed (blindness banner phenomenon).

If there are few ads that attract attention, even fewer are the ones clicked.
Moreover, 50% of the clicks on the ads on the mobile seem to be accidental.
This also causes the rate of interaction with the ads to drop dramatically.

Brands want to guarantee visibility for their ads with above-the-fold placements.
All this in the auction buying system inevitably causes an increase in average CPM and investment costs.

The purchase of advertising in programmatic mode, although it allows a marketization unthinkable until some time ago, proportionally increases the loss of control of the context in which the ad is shown with associations sometimes ruinous for brands that have to suspend the publication of ads.

Approximately one-third of purchased Internet traffic is fraudulent.
The problem of bots clicking on links in hidden sites created for the sole purpose of generating visits is no small matter for brands when considering the cost of buying profiled traffic.

The phenomenon is exacerbated by the increasing automation in buying impression shares: automatic robots buy traffic from other robots because they cannot distinguish them from human beings.

To complicate the situation we add the growing use of AdBlocking plugins by all those users tired of pop-ups and intrusive overlays. Even browsers such as Safari and Chrome offer the possibility to block all ads that make the user’s browsing experience very bad.

Thus, the need to overcome these problems, which seem to be endemic to the Display itself, arises more and more pressing.
And Social Network and Mobile suggest the way forward.

If on the one hand Native advertising can be seen as a content-based marketing tool, on the other hand, it is the natural evolution of Display, designed to offer valuable advertising content that integrates perfectly with the context of the page.

According to what has been said, Native ads stand out because:

In retrospect, Native Advertising is not that great news in the field of advertising.

There have always been printed publications, telepromotions on TV and advertorials on websites because brands have always borrowed the publishers’ spaces to exploit their reputation with the target audience.

An absolute pioneer of Native is Google which, after only two years from its birth – in 2000 – launched its own digital platform (AdWords) in which paid ads were shown within the search engine result pages.

The ads not only allowed brands to gain visibility at the very moment the user requested the information but also offered a concrete service to accompany the choice and selection, without having to divert attention from the initial intentions.

Facebook in 2011 proposes the “Sponsored Story”, which is the possibility for brands to sponsor specific social actions (e.g. like the page) or the posts themselves, appearing in the newsfeed of fans of the page.

No interruptions and no reserved space: also in this case only a continuous flow of organic and sponsored posts.

In recent years, web publishers have also been born, built according to editorial logic and business models that are perfectly suited to the online context: agile and fast editorial staffs, editorial plans based on data collection (search trends, analysis of the most shared topics), content designed and optimized to be search and social-driven, with the aim of capturing more and more traffic from Google and Facebook (e.g. BuzzFeed).

In the same way, Content Recommendation platforms (e.g. Outbrain) have multiplied, proposing a widget, inserted at the end of the article or in the sidebar of partner sites, including a series of ads composed of image, text, link and introduced by phrases such as “You might like it too”.

The ever-increasing ability to analyze the user’s navigation data has allowed Display advertising to be articulated on increasingly sophisticated forms:

By their intrinsic nature, Social Networks, which continuously collect personal information about users, offer the Display a variety of targetings that are difficult to reach by other means and make the results of advertising campaigns concrete and measurable as never before, not only in terms of impressions and clicks but also in terms of:

The possibility to combine socio-demographic and behavioural data (offered by Social Networks) with the potential of geo-targeting (offered by mobile), opens unimaginable scenarios to brands that can reach their audience at the best time to communicate a specific advertising message and make it more relevant and effective:

Here are the three key points that support the subsequent evolution of online advertising.
The user-side user experience on social media is totally mobile:

The advertising formats follow the user experience and do not interrupt the navigation: it is a non-stop continuum of content and advertising.

What The Publisher Needs To Know To Make An Effective Choice

Although there is as yet no significant data history on the Native phenomenon, research shows that native ads are able to engage the user more and better than traditional display ads.

In particular, engagement becomes the fundamental metric to measure the effectiveness of Native and more generally of advertising itself, shifting the focus from impressions to attention.

An advertisement that interrupts the user’s navigation choices, is an ineffective advertisement because it fails in its main mission that is to win the consumer’s attention.

Native ads, based on the consistency of the advertising message with the navigation flow and not on invasiveness, are welcomed by users and considered less intrusive and more interesting than traditional display formats (banners, pop-ups, rich media).

At present, Native Advertising represents brands as an opportunity and a challenge at the same time.

But if the content is the unique component of Native Advertising, brands need to become publishers with a substantial impact on their organization.

In fact, they have to structure themselves with resources dedicated to content creation and, above all, to create content that is effective from a creative point of view.

This is one of the reasons why still today more than 50% of brands do not feel ready to face this change of direction and need a massive work of evangelization and training.

Also, you may be able to make more informed decisions when it comes to publishing display ads and native ads on your website to monetize your traffic.

It’s always better to do some A/B testing to ensure you are leveraging all the traffic monetisation opportunities and also which type of ads pay better. It’s up to you to always try and make sure you optimise your earnings as a publisher.

We are waiting to take your questions and suggestions in the comment section. 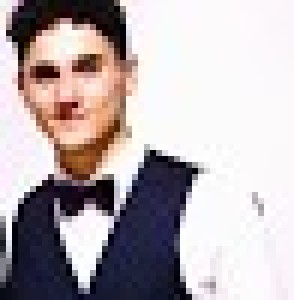 Hi everybody, I'm Ciro Tomaselli. I'm graduated in Business Administration and I'm graduating in Marketing Management. I currently live in Lithuania, precisely in Kaunas and I'm doing an internship at the company AdsTargets.