DFP by Google: All you need to know 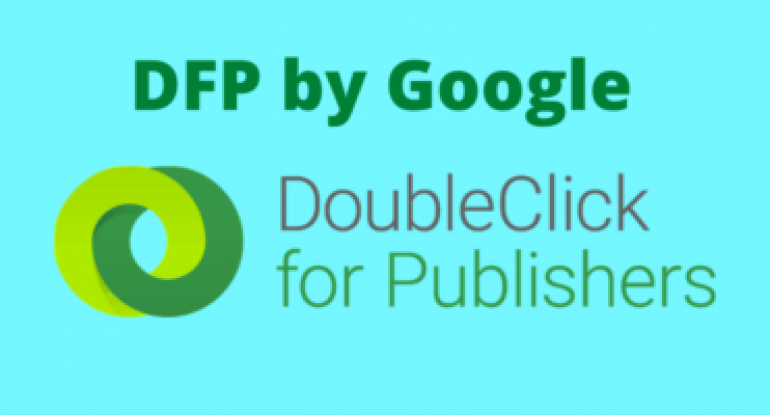 Many publishers are comfortable monetizing their traffic with AdSense and other ad networks in the industry.

However, Google offers publishers other monetizing tools such as DFP by Google.

What many don’t know is Adsense has limitations in several ways which also limit your monetization and income.

In today’s world, everything is competitive and so monetizing your traffic. To gain more than average from your blogging efforts, you will have to use ad management systems such as Double Click for Publishers (DFP).

DFP is a flexible ad management system that gives you more opportunities and privileges as a publisher to monetize your traffic displaying ads.

In this post, we are going to talk about all you need to know about DFP and the ways you can use it to maximize your earnings while publishing ads on your website or blog.

So let’s get into it by first understanding what DFP really stands for.

This is an increasing question among publishers and it often goes like this… What is DFP? or what is Double Click for Publishers?

Here is the answer: DFP Stands for Double click for Publishers and is also known as DFP by Google. It is an ad management tool that allows publishers to sell, schedule, deliver, and manage their ad inventory.

One of the most important factors or things to take into account is the functionality of the system. It’s a great tool that gives you complete control over your Ad inventory.

Since it’s built and managed by Google, you should rest assured of all the monetization options and tools you need to effectively manage your ads as a publisher.

DFP is a robust ad management system designed to give you all the tools and functions you need to maximize your revenue while monetizing your blogs and websites.

How does DFP for Google work?

DoubleClick for publishers is an Ad server that acts as a link or an intermediary between publishers’ ad inventory and several act networks and individual advertisers who are willing to buy publisher ad inventory.

DFP provides publishers with an entire toolkit for delivering ads on their websites/Blogs, mobile devices, apps, and video ad inventory. A full feature list of DFP is available on their website.

It’s best suited for small publishers or new businesses that are just building their traffic. However, you must have an existing AdSense account with a credible record for you to be accepted on the platform.

What is DFP Premium?

DFP premium is the paid version of the DFP. It is a premium service designed to allow publishers with a high amount of traffic and can at least generate about 90 million impressions monthly.

The DFP premium package comes with customer support. The user of the premium DFP is assigned with account managers which assist them to make the most out of DFP by Google.

What is the Difference between DFP, ADX and AdSense

There are distinct differences between these three Google-owned ad platforms and am going to explain each of them momentarily.

You can think of DFP as ad management also owned by Google. It simply is known for allowing publishers to sell their ad inventory at higher prices and organize their ad inventory more effectively and efficiently all to maximize their income selling their traffic.

One of its goals is to allow publishers to compete in real-time to maximize their revenue by bidding for higher ad prices (More expensive impressions).

Since it contains ads served by some of the biggest brands such as Apple, Nike, Coca-Cola, Microsoft, Visa, and many others, they pay more than the ads served within the AdSense platform.

In case you are confused about some of the terminologies used in the system, worry no more as we explain some of them here to make it easier for you to understand.

This is one of the most popular Ad networks for bloggers and webmasters. The platform allows these individuals and small businesses to register and if approved, they create ads and insert some code on their website to display ads on their web pages and earn money.

Almost every publisher is allowed to use AdSense to monetize their traffic through CPC or CPM pricing models.

Also, all ad types are available on this platform such as contextual ads, display banner ads, interstitial ads, etc.

Since Adsense allows advertisers to pay for low impressions, publishers here are limited to making some money on their ad inventory but not a maximum income as they can’t set floor prices for their ad inventory.

AdX’s primary objective is to provide real-time biddings, private auctions, and preferred deals which gives publishers the opportunity to make more money as a result of the competition.

AdX (DoubleClick Ad Exchange) has its own network of advertisers and publishers, and third-party ad networks all working under the same platform.

Unlike AdSense, publishers need to manage their inventory (like giving the floor price for auctions and carrying out preferred deals by choosing advertisers.

What is so interesting about the preferred Deals is the capability of bypassing the auction completely offering a one-to-one transaction between publishers and advertisers.

Also in a Preferred Deal, buyers get exclusive access to inventory even before they are made available for auction, securing placements, even if it means higher prices.

Getting access to become a publisher with AdX requires a more stringent process. You will need to be verified by one of the Google representatives that will review your site/blog before approval.

Even though the ADX seems to be very effective and looks like a money-making machine for publishers who are able to negotiate deals, set floor prices, and offer inventory privately, Publishers can still make far less income compared to what they could have actually made from AdSense if they are not competitive and also set their prices too high.

One important tool publishers can use to maximize their revenue is Dynamic Allocations but what is Dynamic allocation?

Dynamic allocation is a network-level mechanism designed to maximize your remnant and Ad Exchange revenue without compromising reservations.

With dynamic allocation, both remnant and Ad Exchange line items are given a chance to serve ads if Ad Exchange/AdSense is eligible for the request.

Configure settings in Ad Manager and Ad Exchange to control which inventory is eligible to compete, and how. Source: (Dynamic allocations)

While Google Ad Exchange is an ad exchange that allows publishers to sell their Ad inventory directly along with ads that are displayed from the GDN.

One quality that makes a difference among these three Google products is how many ads publishers are allowed to serve per page, for example, AdX gives publishers the opportunity to serve up to five ads per page as compared to AdSense that only allows three ads to be served per page.

This feature is one of the key differences as determines how much a publisher can make serving ads on their pages.

DFP, in contrast to both, is a platform that allows publishers to serve and manage their ads from different sources, in and of itself, DFP alone won’t do anything for the publisher’s website. To get DFP work, the publisher will have to connect it to the right sources.

All these platforms are open to being used by publishers and advertisers to maximize their income and traffic respectively.

However, using it to your advantage requires a skill set and a set of rules, and a series of tests.

As a publisher, you will need to carefully study and understand which of the Ad system you need to use based on the quality and amount of your traffic.

As a small publisher, it will be more profitable for you to use AdSense while on the other hand, a big publisher with a lot of traffic should go for DFP by Google in order to maximize your traffic.

Let us know from your experience how you have been able to make money using any of the above-listed networks.