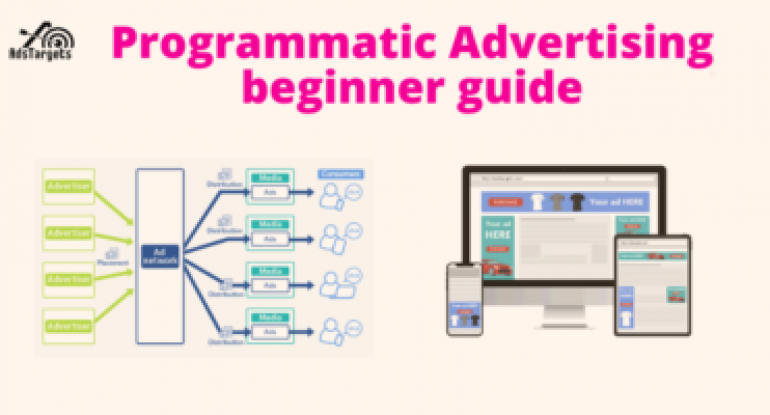 Why are marketers turning to programmatic? In many ways, it seems to be a more effective and efficient way of digital advertising.

Several online ad exchange platforms offer such services, and we will get to that in a moment.

Programmatic Advertising is defined as a means of using online-based software to purchase digital advertising instead of the traditional process that involves human negotiations, RFPs, and manual insertion orders.

The process involves real-time bidding, placements, scheduling, among many others. Basically, the software determines if you win a bid and decides where, when, and which ad to be placed on a particular publisher’s website.

There are several platforms that you can run your programmatic campaigns. These are called Ad exchange. You can find hundreds of them online, but here are the biggest and the most reliable programmatic ad platforms;

All these platforms allow advertisers and publishers to buy and sell ad spaces to maximize programmatic ad campaigns.

Now programmatic has become very popular due to the great results brands have seen over the years. Here are some of the successful cases

When Google launched a programmatic ad campaign to promote its Google Search App, they saw great results that beat its expectations.

They found out their ad campaign did not only reached 30% more people three times more frequently and also delivered 30% lower cost-per-thousand-impressions (CPM). Awareness also increased by 50%.

The software used data collected during the campaign the optimize overall ad performance, which enhances their ad campaign results based on their collected data, which optimizes for time, audience type, and placements.

For Google, programmatic advertising was a success, resulting in the following wins:

This is one great example to prove how effective a programmatic ad campaign can work.

Another excellent example of a successful programmatic ad campaign is “the Economist,” one of the most popular digital and print publications that used programmatic advertising with massive success by referencing subscribers, cookie, and content data.

Its campaign generated 650,000 new prospects, plus a return on investment (ROI) of 10:1. Awareness for “The Economist” also increased by almost 65%.

In summary, their campaigns created more than 60 ad versions and got the following results:

So, how did they do it, and what can you learn from this? Well, it was all the use of data and how to optimize their ads.

Here is what happened. The company first created ads and collected data based on user behavior, such as the pages they were visiting, the type of content they were interested in, and how they interacted with those pages.

They did next to create audience segments and create specific ads for those segments based on the collected data and then target those users.

Once they saw it was working well, they created a lookalike audience to expand their reach and audience.

It was a great success in using programmatic, and you should learn how to do the same.

Data collection: This involves installing Pixels, tracking codes, and Cookies to track your visitors in order to have more insight into their behavior to retarget them.

Optimization: Once you have enough data, it’s time to optimize and scale your ads to reach more people at a lower cost.

Programmatic advertising is all about data use, and you should understand this is the most crucial aspect of it.

Programmatic is a very efficient and effective way of running digital advertising. Data is a significant part of programmatic, and you should make it a priority.

Choosing the right ad exchange also matters a lot. This will prevent fraud clicks and maximize your ROI.

Get help if you need to, and don’t be afraid of asking for help. Let us know what you think in the comment section.